How to make Sourdough Starter  13 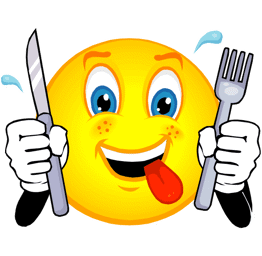 What is Sourdough Starter

A sourdough starter is an environment containing yeast & bacteria that metabolizes sugars to carbon dioxide and alcohol.

Then wet the starch in flour will by enzymes be broken down into easily digestible sugars on which both yeast and bacteria will feast both them producing both carbon dioxide and alcohol.

The carbon dioxide will be trapped in the gluten protein rising (often called leaving) the bread, while the alcohols will add taste to the bread.

To create a sourdough starter, that is : an environment of the for bread baking relevant yeast & bacteria, you theortical need only to mix flour and water as the flour already contains both yeast & bacteria and the water will allow a food source (starch to sugar) to build in the flour.

Unfortunately far most yeast & bacteria are irrelevant for baking (no carbon dioxide), does not taste good or outright dangerous for us. Luckily the relevant yeast & bacteria produces quite the acid environment killing off other species

However, yeast & bacteria actually exists everywhere, eg. in the air and on the surface of your fingers and then creating the sourdough starter, we want to tap into catching these organisms as well.

There are wild yeast everywhere in the environment, in the flour and on your fingers and some of them especially lactobacillus are what we want and luckily lactobacillus produces acids that kills off the other bacteria (that we can get sick from, eg. mold) so that if correctly nurtured we end up with mostly lactobacillus.

While there are no general concensus, it is common to allow for 7 days to create the sourdough starter to ensure that the healthy bacteria have taken over.

I failed my 2 first sourdough starter experiments and had really given up, but now after a recent trip to Denmark and all the bakeries had sourdough bread, I simply had got to get sourdough working. After extensive research and trial & error, I found out that Thailand (where I live) is often too hot and moist for tasty bread making yeasts to win the war of organisms in a jar.

Note that if your tap water is full of clorine, it is best to let the water rest for 24 hours before using it to let the clorine dissipate as clorine will kill yeast & backteria.

Remember to smell your sourdough starter after mixing - first time it will smell of the rye flour.

Smell your sourdough starter both before and after feeding - this time it should still smell of rye flour.

Again smell both before and after feeding - on day 3 or day 4 the smell may start to change :

Keep smelling your sourdough starter both before & after feeding.

Day 8 : your sourdough starter is ready for baking (still you should be smelling).

When is my Sourdough Starter ready to use

A sourdough starter is mature, then a healthy society of yeast have developed killing off most of any dangerous backteria - after 7 days you can be fairly confident that the good backteria have won the war if the sourdough starter smells correctly :

When is my Sourdough Starter ready to bake

Lid or not lid on the sourdough starter

Based partly on this thread, I now have the following tentative hypothesis:

1) Lactobacillus strains are while tolerating oxygen mostly anaerobic (though several strains have been shown to be able to take advantage of oxygen to some extent - I have not read up on how it affects the chemicals produced),

2) Yeast growth faster aerobic but will not produce acid in an aerobic growth, while in an anaerobic environment yeast have a different chemical growth producing acid.

4) In the dough the environment is anaerobic (to some distance to surface), which means slower yeast growth but also that the yeast helps bringing the taste.

5) The lactobacillus bacteria potentially add more taste than the yeast, however even if yeast growth is slower in the anaerobic dough and that lactobacillus is nearly fully anaerobic, at kitchen temperature yeast still outperforms the bacteria in the dough (it consumes more sugar & starch), so especially for taste we need to lower the temperature (retard) after gluten development.

The leaven growth volume hypothesis can be tested by having 3 containers with leaven, 1 sealed, 1 unsealed and 1 control container either sealed or unsealed.

If sealed vs. unsealed result in a different chemical and biological composition, its effect can be tested by tasting bread from each of these leavens baked under as identical conditions as possible.

It's time to test.

You can make many tasty things from the discard like pancakes, crackers

I have heard of people making sourdough starter only to use the discard!

Dried soudough starter can hold for a loooong time

Sourdough starter contains not only yeast but also a multitude of lacto-bacteria that helps adding flavors to the bread by way of different acids. To make the bacteria work it is important to retard the bread (reduce the yeast activity by cooling down the dough) as otherwise the yeast will eat all the sugar leaving nothing for the bacteria - that is the reason that retarded bread have more complex flavours.

The yeast main responsibility is to leaven the bread, which it does by breaking down the starch into smaller sugars and eating these, which results in expiration of carbon dioxide that is then trapped in the flour gluten.

In addition the yeast will produce alcohols as a side product of the respiration, which adds flavors to the bread. However, sourdough starter also contains a variety of bacteria that in addition will produce different alcohols then allowed to eat sugars increasing the complexity of flavors. But as yeast will dominate the sugar consumption it is important to retard the dough to slow down the yeast thereby allowing the bacteria to produce alcohol as bacteria thrive well in a cold environment.

Beneficial lactic acid bacteria like b creates the acids that gives taste and changes health properties.

There are about 1,500 known species of yeast. About 250 of these can convert sugar into carbon dioxide and alcohol. 24 of these makes food that actually taste good.

There are different types of sourdough starters :

Use a thermometer to measure optimal temperature range : 26 celcius.

Water added need to be 26 celcius.

In refrigerator the starter needst to be feeded once a week

Jar closes lightly either placing a lit opposite or a cloth

The first 3 days use a fresh jar every day then feeding and also only feed once a day.

"It's lessabou how much starter you add and more about how mature it is going into the dough. A double feeding at 1:10:10 then 1:5:5 should produce a mellow sourness, and taste it before it goes into the dough, under Fermented starter (tastes chalky/flour) won't rise the bread well before the bacteria break apart the gluten. Over Fermented (tastes realy sour and bitter) will make your bread sour and bitter and will break apart the gluten faster. You want to hit the sweet spot (70-120% of peak), it starts tasting Fermented (think beer) and slowly gets more sour notes, add to the dough when you've reached the level of sourness in the starter you want in your bread"

Note that after 3-4 days many people will experience their sourdough starter smells like vormit (I have been there) or cat shit (I have not been there), this does not necessarily mean that the starter have gone bad - just keep on feeding it. My own starters typically smells like rye on day 2 and fruity wine on day 3.

Funky & fruity in a good way : that's how it should smell.

Typically around day 4-6, the new sourdough starter may start to smell like dirty socks or vormit, however after a couple of days the bad smell may disappear.

If it looses vibrancy and doesn't get too bubbly and active after a feeding: discard all except for a big teaspoon and then start nursing it up by following the instructions for making a new starter - give it 5 days.

Forget to feed the starter in the fridge for more than a week: discard it and start over with a new starter.

Use honey or marble syrup to give the sourdough starter a boost.