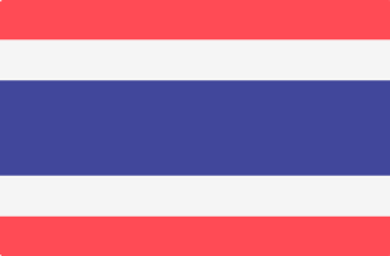 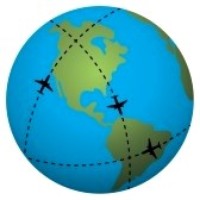 For our last trip to Denmark, we bought different thai dolls as gifts.

Character from the Ramakien. He was the chief astrologer from Longka and a younger brother of Totsakan, his parents being Thao Lastian (ลัสเตียน), i.e. Asuraphong (อสุรพงศ์), and Nang Ratchada (รัชฎา). He was driven from the city and thus offered his allegiance to Phra Ram. After the latter eventually defeated Totsakan, he appointed Phiphek as the king of Longka. He is portrayed with a green complexion, eyes of which the upper eyelid partly covers the eyeball and which are known as tah jorakae, and characteristically wears a golden crown with a bulbous tip, that is usually decorated with pieces of blue mirrored glass. Hence, he is very similar to Mahothon, another demon character from the Ramakien, who also has a green complexion and equally wears a golden crown with a bulbous tip, but which has a somewhat shorter and more bulging point, and which is decorated with pieces of dark green mirrored glass.

Pra Pirab is a Powerful High ranking Royal Member of the Asura Realm Pantheon of Deities, and is known to be the Guru of all Performing Artists and Musicians. Pra Pirab is a very Powerful Magical Emanation, and possesses Maha Amnaj Power to produce 'Serm Yos' (Improve Status), and Impose Commanding Influence over others. Pra Pirab also Destroys Enemies and Backstabbers, much like the Eclipse God 'Pra Rahu Asura Deva'

Sukreep is the Phaya Wanorn (Monkey God) in the Ramayana story, with a red body, the son of the Sun and Nang Kalajana.  Is a soldier of Rama.  Was entrusted by Rama to be the army commander. Always fought with the troops of Langka  Once the battle is over  Was appointed  Phaya Wai Wongsa Mahasuradet  Rule over Kiet Kin Empire.

Ganesh is one of the best known and loved deities in the Hindu pantheon of gods, and indeed is the most recognised outside of India.  But who is this elephant headed fellow, and why is he so popular?

Ganesh (also spelled Ganesa or Ganesha and known as Ganapati, Vinayaka and Pillaiyar) is the Lord of Good Fortune who provides prosperity, fortune and success.  He is the Lord of Beginnings and the Remover of Obstacles of both material and spiritual kinds.  Interestingly, he also places obstacles in the path of those who need to be checked.

The face of the masked face of a monkey with a light purple bald head wearing a garland of love hundred.

Did not appear to be any party  But some texts say that Kietkin is the city in the Ramayana story, the Western world voyage divides the region into Sena, ape, cheater, helping Rama to defeat the demons.  Has been mentioned in the military process as well as other leader monkeys as shown in the drama Ramayana, when Rama set his army at Morakot Mountain.

Did not appear to be any side during the god and demons war. The  pale purple features bald lips. The former incarnation is the Thao Virupak, the King of Nakas.