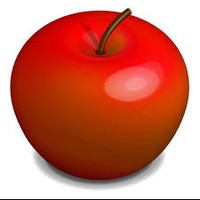 I don't have a lot of will : I cannot totally stop smoking even if it gives me a profound headache and whatever I commit to it will likely fall apart after the first surge of motivation have faded. That said, I have had a fairly consistent IF run over the last year (sometimes I fail especially on vacations or then I try out bakery - I love to bake).

The first nearly 2 weeks I got more headache from the IF, luckily I had read that it was a common beginner effect and indeed it went away and in no time my headaches even became less than they were before (after 1 year of IF I now only get headache then smoking, while before I had headache more or less continuesly)

One of many good things about IF is that there is nearly immediate positive effect in form of weight loss, which makes it more easy to continue as motivation fades. Another good thing compared to diets (which I have never been on, but I know plenty of women who have) is that there is no restriction on what to eat (and I often have myself a fatty burger even though mostly I don't), just don't eat after say 13 o'clock.

Some like to fast in the beginning of the day and some in the end of the day. I have tried both and I definitely best like to fast in the end of the day (though I think for most people it is opposite) - not because it is more easy to skip dinner than breakfast but because I feel bloated after dinner and also I didn't realize any weightloss the 4 month I changed the feasting window to 12-18.

Benefits of Intermittent Fasting : (this needs more research with sources)

My own experience : (I have startet doing quite a lot of exercise at the same time, which may have facilitated, increased or downright be the major reason of some of the effects I list)

My IF eating habit is not strict controlled. I typically eat breakfast somewhere between 7 and 9 and then lunch 12, so let's say my feasting window is from 7 to 13 = 6 hours. In addition most of the days I will eat fruit and vegetables all day long as well as coffee & tea.

Likely more strong willed people will have faster results than me and maybe even results that I cannot get, however I am definitely on a positive track nearly a year consistently so far.

If I had to guess what is most beneficial : IF or Exercise - I would guess exercise for energy, wellness & health, while IF for weight loss, though I think both IF & Exercise probably support eachother in all of it.